Another Successful March For Babies 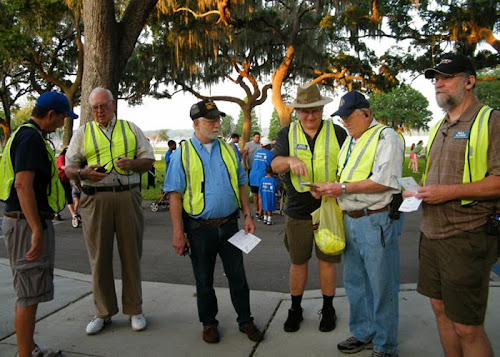 Click Here For More Images
Posted by Lakeland at 12:58 PM

Recently I became concerned about the power my icom 7000 was putting out. Not wanting to believe the power meter on the radio, which clearly did not register full power even though the radio was set to deliver it, I asked Rich if he could help. He brought his Bird watt-meter to my shack, and sure enough, I was getting only 50 watts out when my rig was set for 100 watts on HF, and 25 watts when set for 50 on VHF. Later the next evening, he suggested that I might find the answer by searching Google, which I did. Most of the hits I got were useless or irrelevant, and then I stumbled across an article by AB4OJ suggesting that corrosion on the inline fuses from the power supply to the radio was the culprit. I pulled my fuses, and discovered the same black lines of corrosion that AB4OJ found. See photo below of my fuses before and after cleaning with emery paper.

Bottom line, after cleaning the fuses, I am now able to get a full 100 watts out of my radio. I know what you are thinking. You ain’t going to believe this, but it is true, and something to keep in mind. 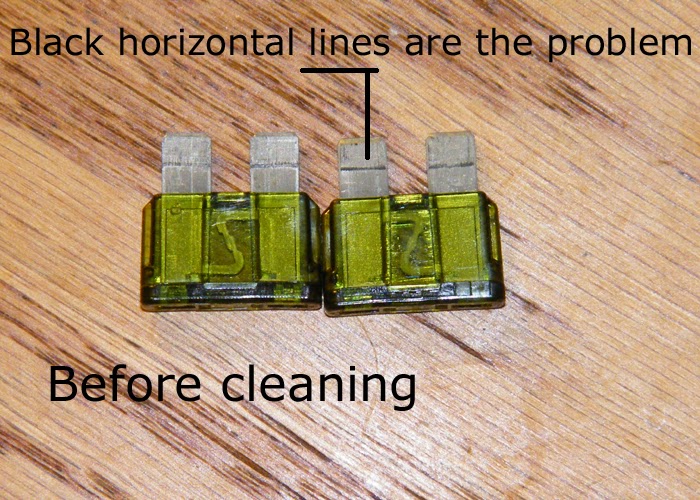 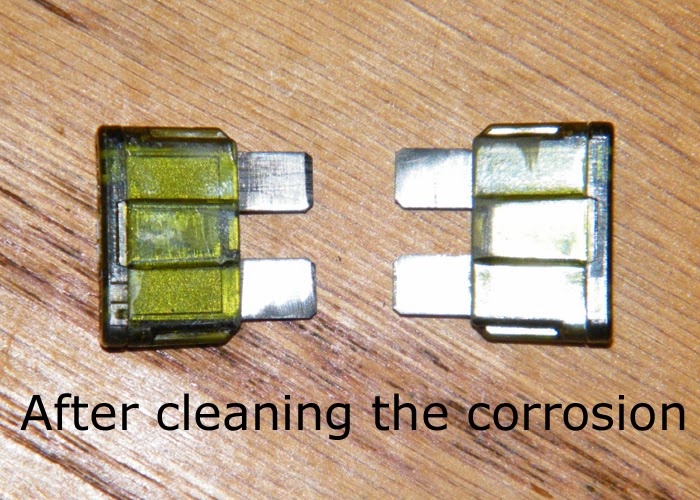 PS If anyone would like to contribute to the blog with information that you feel we could profit from, please feel free to submit what you have, and I will publish it.
Posted by Lakeland at 5:51 AM

A big thank you to Sparks for stepping up and taking the net. We had 16 check-ins, same as last weeks total. Good job! 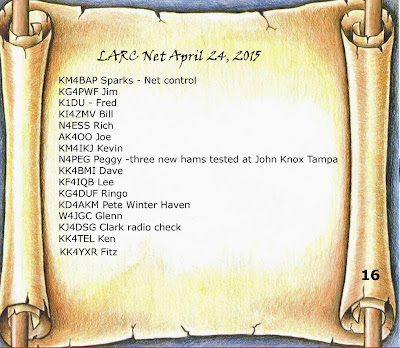 Sadly, Don Will Not Be Able To Work The March For Babies This Year

The march will not be the same without Don, but his talents are needed elsewhere. Manning the satellite Up-link transmitter to the satellite is a tough job, but someone has to do it. 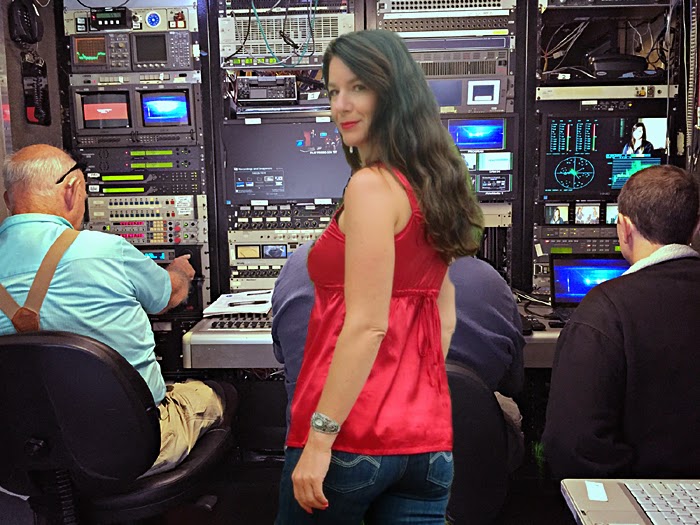 I hope it was nothing I said. I hope we can still be friends. We go back a lot of years mate. A lot of years. 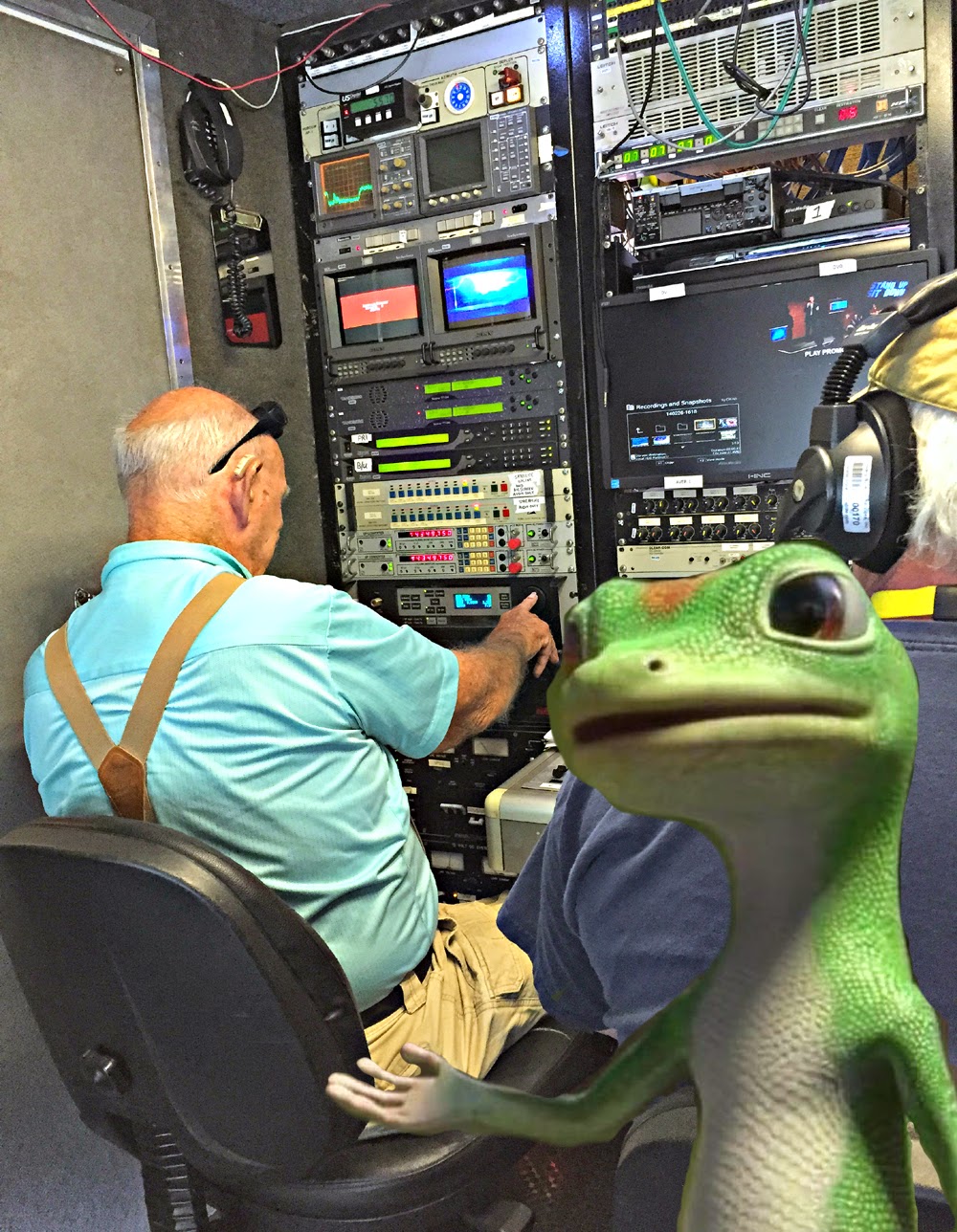 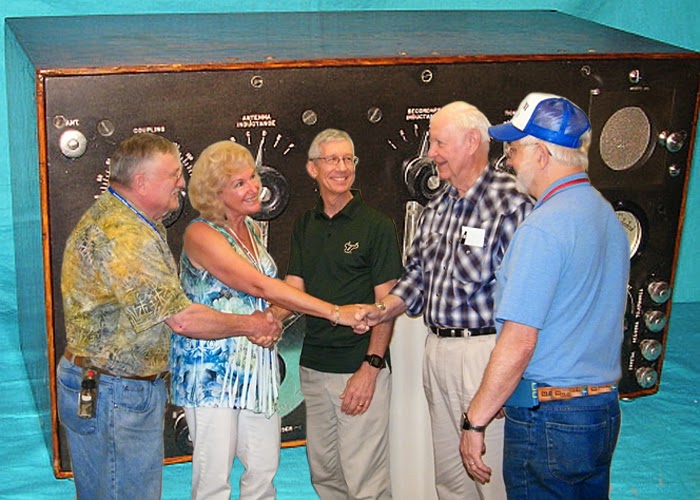 From left to right, club president Rich N4ESS, VE coordinator Peggy N4PEG, Brian Noriega KM4JVY, Leroy Doughty KM4JVX, and past club president Ernie KG4YNI. Congratulations to all for a fine job. Now get on the radio. :-) 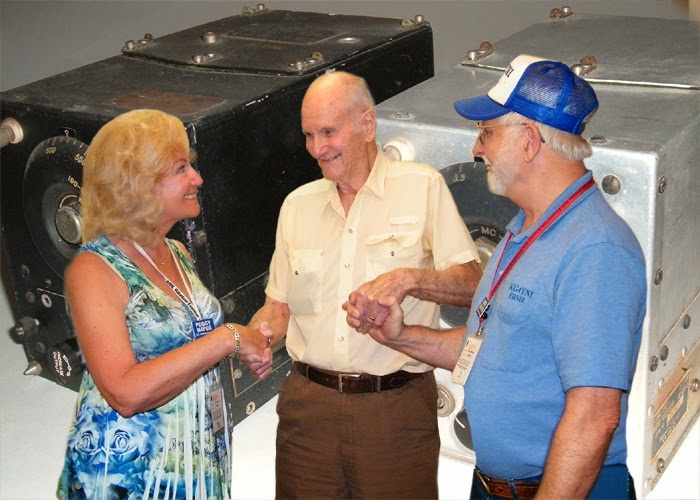 Shown here being congratulated by Peggy N4PEG and Ernie KG4YNI is Ray Valdez KM4JVZ. It is great to know that you are never too old to learn. That said, sometimes larger print can make all the difference in the world. :-) Great job Ray. Hope to hear you on the radio some time in the near future.

A special thanks has to go to Billy Swartz KH6POI for his part in preparing these fine young men to take the test. That's what ham radio is all about.
Posted by Lakeland at 2:24 PM


Please join us in the March For Babies. Bring your HT, and give a hand to the good cause.If you plan on attending, contact Rich N4ESS for an assignment. This is always a fun event, and much appreciated.
Date: Saturday, April 25, 2015
Time: 8:00AM
Registration Time: 7:00AM
First Presbyterian Church
175 Lake Hollingsworth Dr
Lakeland, FL 33801

Note, parking is limited. Plan to arrive early so that you can find a space in the church parking lot.


Those that want a field day T-shirt will need to bring a new colored T-shirt (not white) to the May meeting, and deliver it to George Gafford, KI4NBE. Please write your call sign on the neck tag. The LARC Logo will be printed on the front over the pocket, if one exists. The larger artwork will be printed on the back. A mockup of the back follows. (Yes, I know it is the front, but few folks publish pictures of the backs of T-shirts. ) 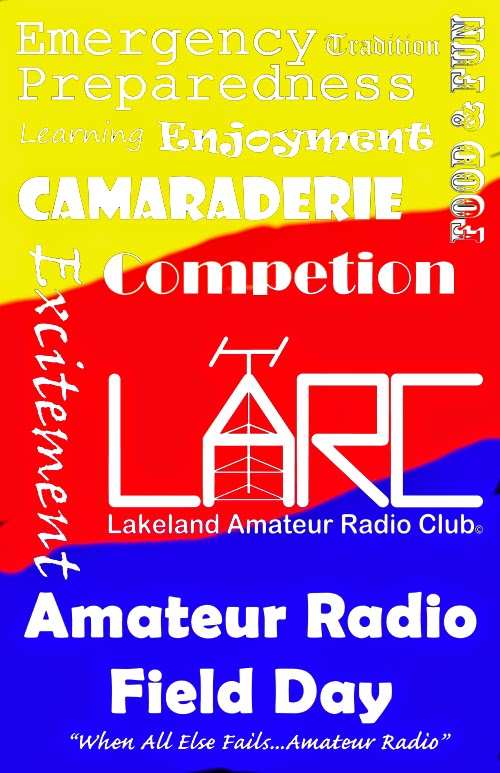 Andrew will have the shirts ready for the June meeting, just in time for field day. Expect the fee to be ~$5 per shirt.

Roger K8SWF just informed me that there is a new repeater up and running in DunDee. If you are within range, give them a call. I am sure the DunDee club members would appreciate hearing from you. 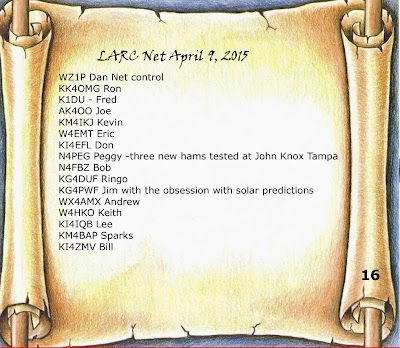 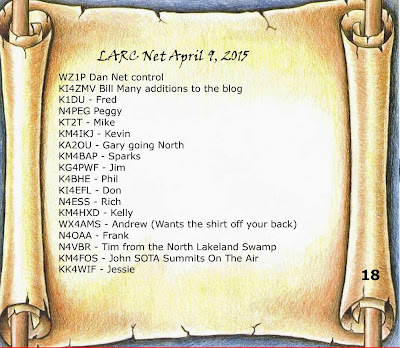 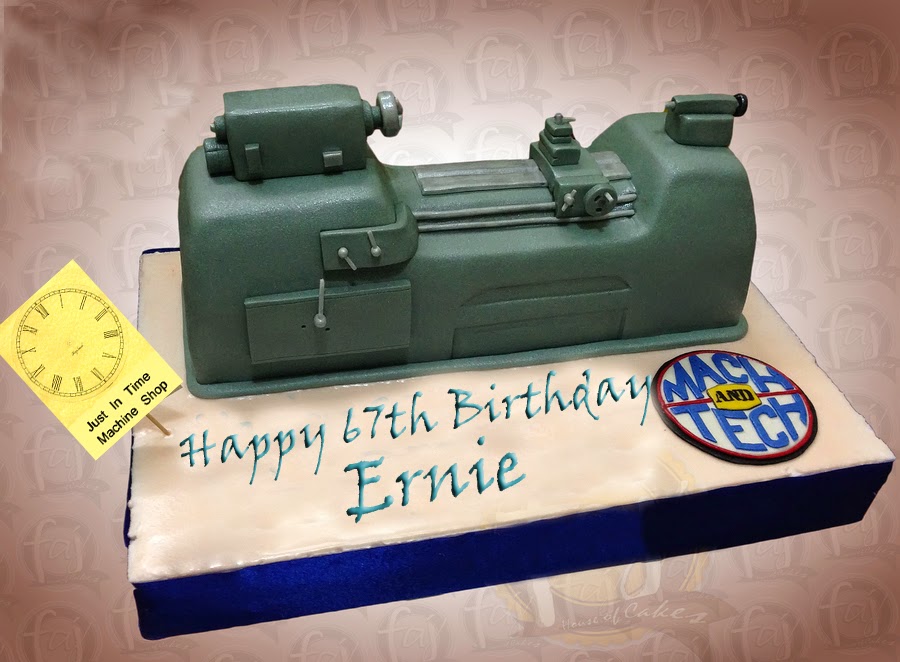 The Case For Stealth, And Not So Stealthy Antennas 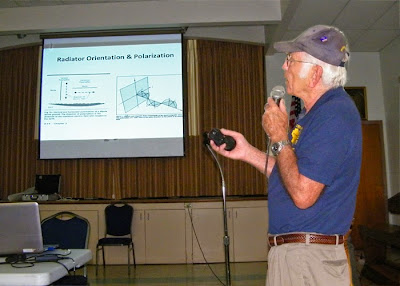 Witty, entertaining, and helpful describe Tom’s (W9IPR) presentation. Stealth antennas are compromises, but a compromise antenna is better than no antenna at all. That said, some compromisers are better than others. Tom’s presentation, which can be found in total at:

Click Here!
touches on just about every conceivable stealth option, along with some not so stealthy options as well. If Tom piqued your interest, it just might be time to dust off that ARRL antenna book, or better yet, Google the web for more information on the subject. 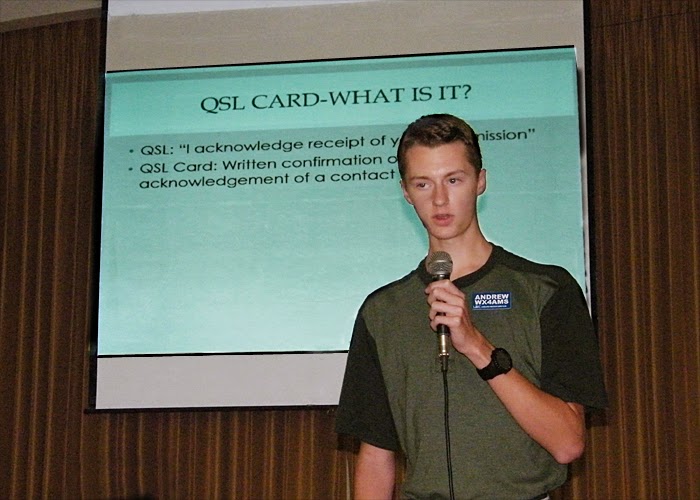 Typical of Andrew, half measures just don’t cut it. His presentation on QSL cards was no exception. He thoroughly researched his topic, created simple, yet effective graphics to get his message across, then delivered it with poise. First rate!

The three things that LARC promotes are Service, Knowledge, and Comradary. This is a great opportunity to be of service to our community. For more information, please contact  ruth@sunshinecommunity.org . Click Here For A PDF
Posted by Lakeland at 5:01 AM 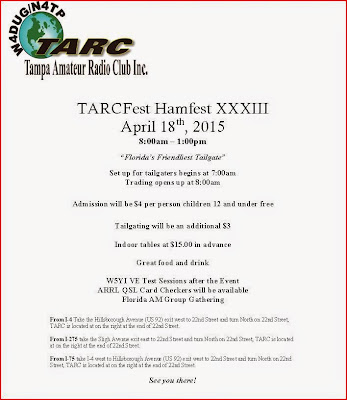 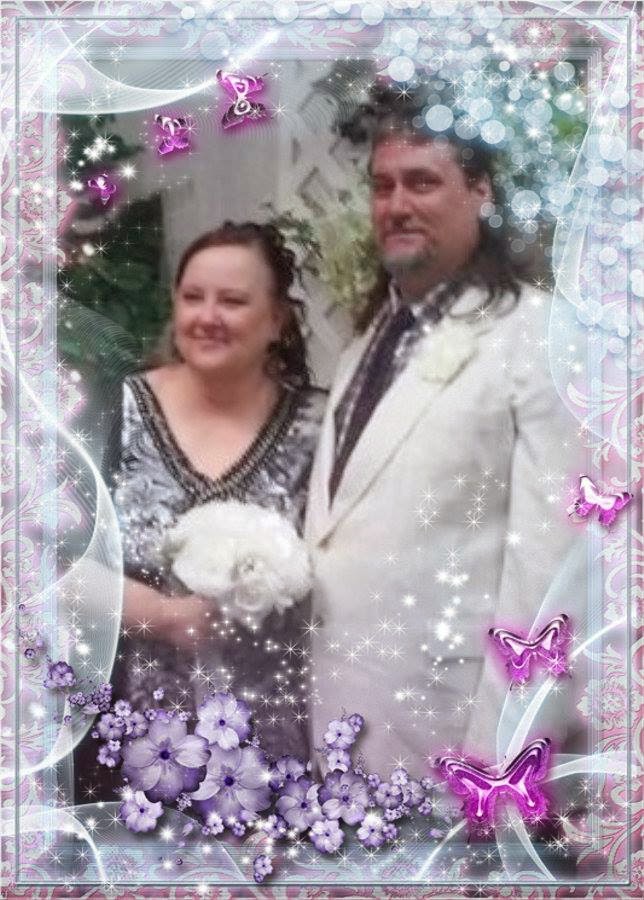