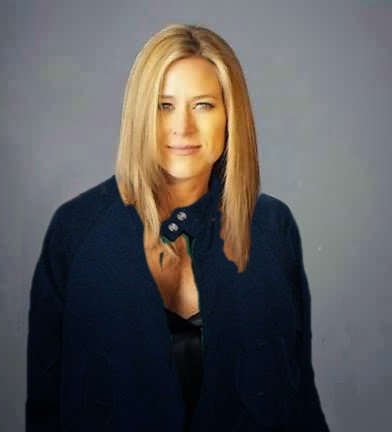 45 attendees
4o burgers consumed, along with
46 dogs, and 6 pounds of pastrami.

This was in addition to the selection of salads, chips, dips, spreads, beans, chili, and cookies.
Posted by Lakeland at 10:33 PM Links to this post 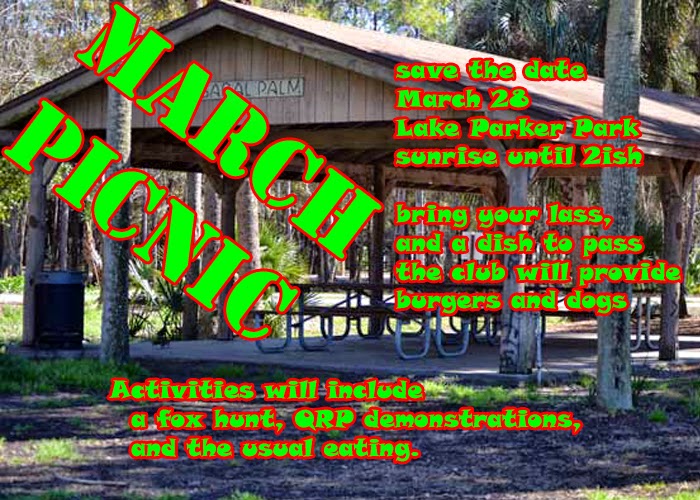 Posted by Lakeland at 9:34 AM Links to this post 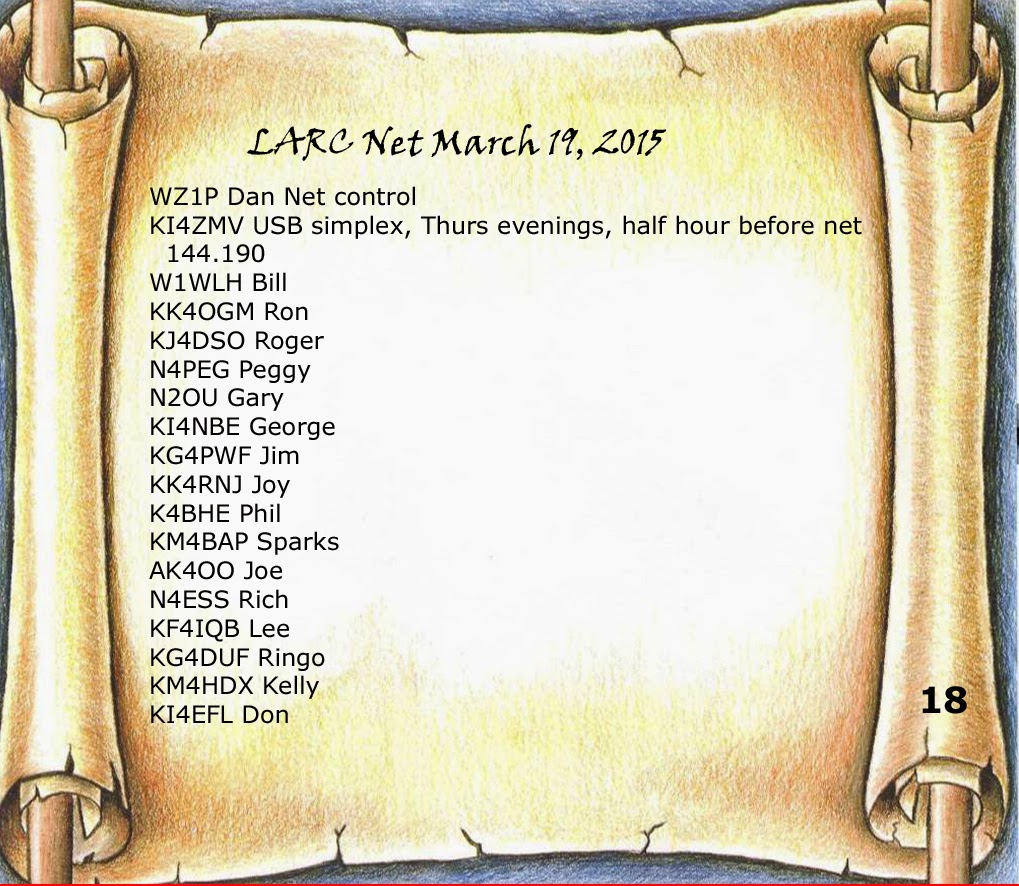 Posted by Lakeland at 3:09 PM Links to this post

HR-1301 The Amateur Radio Parity Act of 2015 -- H.R.1301 -- has been introduced in the US House of Representatives. The measure would direct the FCC to extend its rules relating to reasonable accommodation of Amateur Service communications to private land use restrictions. US Rep Adam Kinzinger (R-IL) introduced the bill on March 4 with 12 original co-sponsors from both sides of the aisle -- seven Republicans and five Democrats.

HR 1301 would require the FCC to amend its Part 97 Amateur Service rules to apply the three-part test of the PRB-1 federal pre-emption policy to include homeowners' association regulations and deed restrictions, often referred to as "covenants, conditions, and restrictions" (CC&Rs). At present, PRB-1 only applies to state and local zoning laws and ordinances. The FCC has been reluctant to extend the same legal protections to include such private land-use agreements without direction from Congress.

H.R. 1301 has been referred to the House Energy and Commerce Committee. Rep Greg Walden, W7EQI (R-OR), chairs that panel's Communications and Technology Subcommittee, which will consider the measure.

ARRL members are urged to contact their US House members and ask them to sign on to the bill as a co-sponsor. We recommend sending the letter to your member of Congress to: ARRL Attn HR 1301 grassroots campaign 225 Main St Newington CT 06111

The weak signal presentation last month got a couple of us fired up about trying something new. So, starting this Thursday, March 12 at 6:45 PM we are going to have a first callup on 144.190 USB with the hope of carrying on a new local net. This will continue until further notice, same time, same day of the week. So tune in a bit early on net night and try your luck. Attached is a picture of a couple of homemade antennas for the UHF and vhf bands. They are easy and fun to make and will get you on the air if you have a radio capable on these bands. 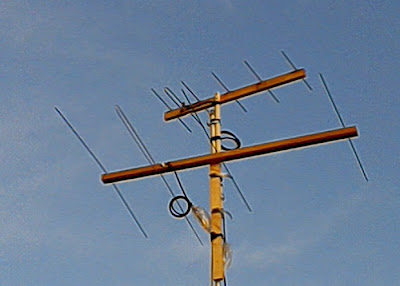 Contact Gary K2OU for more information. (Blog contribution by Gary K2OU)
Posted by Lakeland at 9:54 AM Links to this post

John Hamilton, KE4UNO became a silent key this morning March 8, 2015. John was 52. Few people who traveled 2 meters did not know John. He will be sorely missed. Details of his service will be made public in the Lakeland Ledger. 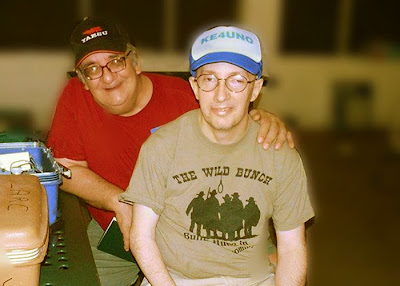 Funeral arrangements for John W Hamilton, KE4UNO
Services: Hopewell Funeral Home
6005 South County Rd # 39, Plant City
Note: This is South of SR60 on the West side.
Thursday March 12th 2015
Viewing 10am to 11am with service at 11am (no other viewing mentioned)
Internment will follow at
Springhead Cemetery.. SE corner of County Line Rd and Medula Rd.

Commemorative Guest Book
www.theledger.com/obituaries
Posted by Lakeland at 6:23 PM Links to this post 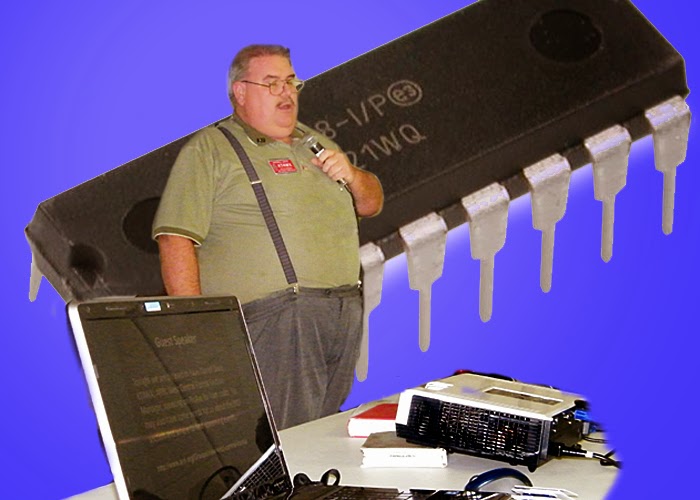 The evening’s presentation centered around micro-controllers; in particular, those in the Picaxe family.

Micro-controllers come in many sizes, mainly in a dual in-line configuration with the number of legs proportional to the power and capability of the chip. While this is a complicated subject we can simplify things a bit by making a few observations about all micro-controllers:
Translating this a bit further,

Congratulations Are In Order 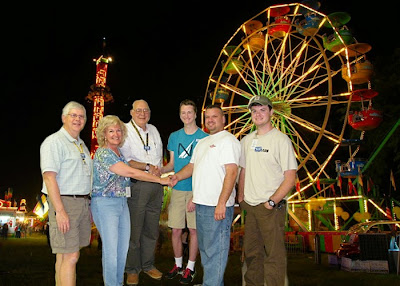 
Field Day Is Just Around The Corner 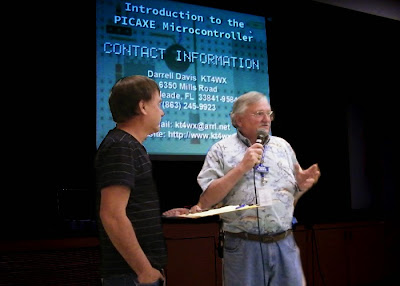 It is that time of year again, and Fred is looking for volunteers to man the various stations on Field Day.

Some Images From The March 2015 Meeting 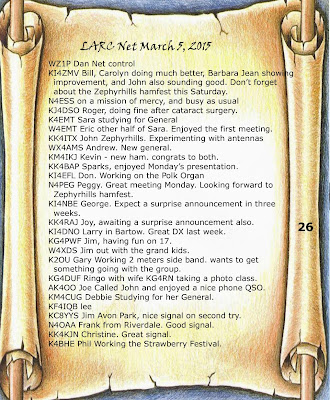 Though  not an official club function, some members have been meeting for breakfast on Tuesday mornings for many years, and in a variety of locations. The numbers attending have grown from around seven when I first started to attend, to as high as thirty plus. Good and reasonably priced good food and priceless comradary make this a very special occasion.

Posted by Lakeland at 6:02 PM Links to this post

Today is John's birthday. Let's all wish him a happy birthday. 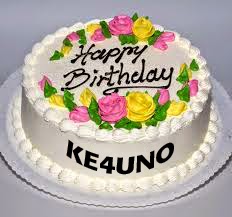 Posted by Lakeland at 1:09 PM Links to this post