Several LARC members attended the Hudson Ham fest Saturday.  On arrival the temperature was 41 degrees, and it took it's time warming up. There were deals to be found, and some did very well at their treasure hunts. Small but interesting. Peggy N4PEG. 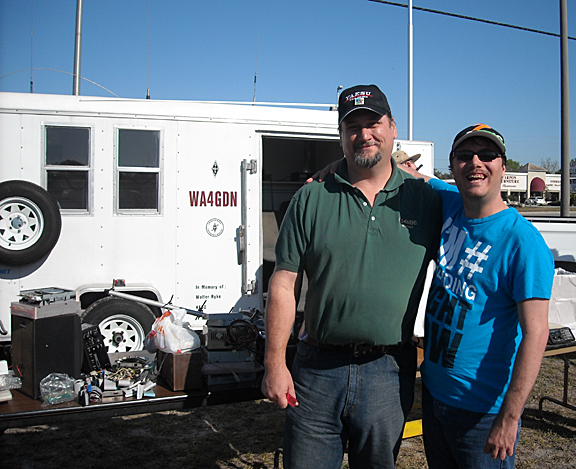 Two club treasure hunters who made the trip were George and George.
Posted by Lakeland at 11:56 PM Links to this post

HAINES CITY - Robert P. Scott, of Haines City, Florida, passed away on March 9, 2013 at the age of 87 due to cancer. Bob was born on March 15, 1925 at Royal, Illinois, the son of Virgil and Laura Scott and attended Ogden High School and graduated from the University of Illinois, where he obtained a Bachelors Degree in Electrical Engineering in 1950. He was a veteran of the U.S. Navy, serving in World War II.

He was employed by CTS Corporation of Elkhart, Indiana for 30 years as an electrical engineer, Plant Manager and Senior Vice President of International Operations for the company.

Bob led an active life with varied interests. He was an Amateur Radio Operator for over 60 years, as W9BCN, an instrument-rated pilot, a hunter, fisherman, sports enthusiast, bridge player and golfer. Golf was his passion and maintained a 12 or lower handicap into his late eighties.

George Mann Reappointed to Water Board

George Mann of Polk City has been reappointed by Gov. Rick Scott to the Southwest Florida Water Management District Governing Board.


Mann was appointed in November to fill the unexpired term of former board member Neil Combee, who resigned last year to run for Florida House.
His term, which is subject to confirmation by the Florida Senate, extends to March 1017.


The unpaid Governing Board members set policy for the 16-county district, which includes most of Polk County.

There were 20 check-ins in all. As you can see from the map, they were dispersed throughout the city, and even reached as far as Zephyrhills. A special thank you to Julian for tabulating all the check-ins so we could present them on a map for all to see. ﻿ 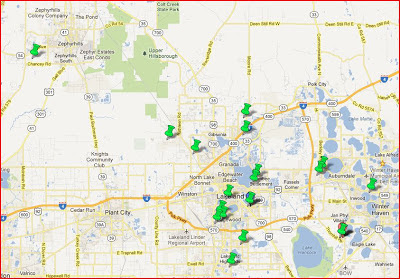 (Note: click on image for larger size, and click below to visit an interactive presentation.)
For an interactive map showing call signs and locations click here
﻿
Posted by Lakeland at 10:02 AM Links to this post 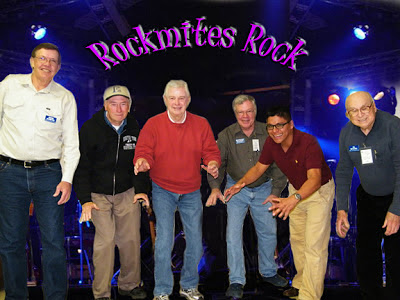 ﻿
In life there is always good news and bad news. The bad news is that our program had to be postponed for a month. The good news is that we were entertained by the Rockmites, a famous fifties rock group. Just a little fib. :-) 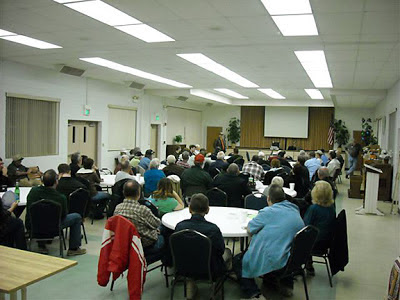 As you can see from the picture, the meeting was well attended. Patrick made good use of the time by sharing plans for upcoming events including the "March for Babies," a picnic, “bring a friend month," a dinner meeting, and field day. Fred had some words to say about field day as well. Patrick asked how many would be interested in a Simplex Saturday event. Several in the room responded positively and in fact there will be a Simplex event this Saturday, 3/9/2013. The time will be 1500 Hrs. local, frequency 147.47 MHZ. A great opportunity for some of us to try out those Yagi antennas we have been building.
﻿ 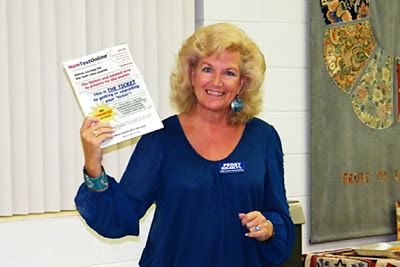 Last weekend there was a hamfest held in Zephyrhills which several of our club attended. Peggy N4PEG won a Ham Test online subscription for the Technician license which she is donating to the club. Might be a nice door prize for “bring a friend” night. 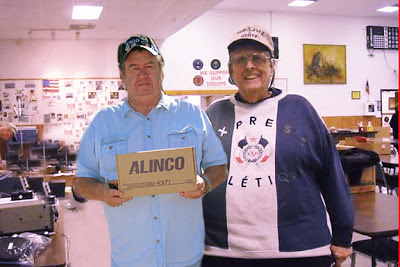 The grand prize winner was Jessie K9GTO. Jessie is a snow bird, and no stranger to the Tuesday morning breakfast get togethers. He is the proud owner of brand new HT. Congratulations Jessie!
Posted by Lakeland at 11:20 AM Links to this post